Following a tense 2020, the start of 2021 sees a disrupted, feverish, even bereaved art market. Many smaller players have fallen victim to the historic upheaval caused by the pandemic; while renowned art sellers owe their salvation to the success of a digital transformation as risky as it is dazzling.

On a global scale, the Covid crisis has reshuffled the art market cards in 2020, causing profound changes in 2021.

The situation of the Asian market is the big surprise in the 2021 report. Despite the severity of government health measures, Asia is outperforming on the art market and accounts for 40% of global sales volume. The east of the globe thus confirms the solidity and dynamism of its market despite a complicated context.

Among the places that matter, Hong Kong is becoming the pillar of the Eastern market by announcing impressive results. It boasts of an unsold rate of only 10% (compared to 30% in the West) on 129 transactions over 1 million. To rise to the fore, Hong Kong has benefited in particular from the work of three major players. Christie's, Sotheby's and Phillips have worked for years to open the far east art market to the great signatures of Western modern art. A successful move that Basquiat's success alone illustrates. In 2021, the artist's works sold on the Asian market represent $118.2m.
Prince also benefited from this breakthrough by Western artists in the Eastern market, recording a record sale in Hong Kong which saw “Runaway Nurse” sell at over $12m, dethroning performances previously held by New York.

The most prominent Asian location of 2021 has also reacted very well to the shift of the art market towards the Internet. Aware that the art market continued unimpeded online, many collectors chose to familiarise themselves with new technologies. This new movement has thus contributed to the breakdown of barriers in the art market, resulting in increased competition between collectors from around the world. And this digital competition was essentially dominated by the Asian market.

Finally, a few young contemporary artists who, until then, enjoyed growing notoriety in Western strongholds, saw themselves consecrated in Asia for the first time. Proof if necessary of the shift in 2021 by the post-Covid modern art market.

Seoul and Tokyo have also participated in the boom of the art market in the far east. Inspired by the model of their big sister, these two cities have taken advantage of the path traced to assert themselves as essential places in the art market by relying on the emergence of a new generation of national talent.

Some records set on the Asian art market in 2021

In the West, New York still in the lead

Although the art market was dominated by the East in 2021, the Western market has also experienced an impressive rebound in 2021.

It is on the New York scene that the results have been the most striking, with results never before achieved for the contemporary art market. While the market had already shown very clear signs of recovery in the second half of 2020, the year 2021 saw the trend confirm, totaling $889m in the contemporary art sector alone; an increase of 113% only 18 months after the start of the health crisis.

Another significant figure is that more than 20,000 lots were sold. This unprecedented volume sets a new record and ranks as the most attractive place with 87% of the total supply finding takers to post a market share rate of 58% on the Western market.

The United Kingdom second, but far ahead of France

By way of comparison, the French market only sold 57% of the works placed on its market. This ranks the Parisian place third in terms of market share at 4%, after the United Kingdom which totals 28% of market share with sales revenue of over $420m.

Although the results of the French market seem to indicate a loss of speed in its attractiveness for collectors, its dynamism remains intact, with more than 10,000 works sold. The French place is also characterised by the specificities of its market, on which 82% of the works exchanged displayed a price below the €5,000 threshold.

Conversely, the London market has seen its market boosted by acquisitions of highly rated works. The very different nature of the British and French markets also explains the gap that separates the $60m in sales in France from the $424m recorded on the London side.

The best sales made on the Western market:

2021 has seen an unprecedented craze for NFTs. Intangible works associated with blockchain technology, NFTs have taken advantage of the shift of the art market towards the Internet to soar to ever new heights.

If the sales results obtained in 2021 are surprising in terms of the turnover generated by this very young trend, observers nevertheless remain cautious.

Indeed, the most critical minds do not lend NFTs any artistic dimension, reducing these virtual objects to simple certificates of ownership. They go so far as to alert collectors by asserting that the phenomenon could only be temporary, carried by its “hype” and purely speculative character.

Other speakers express a much more moderate appreciation of the phenomenon. According to them, like photography, which did not make pictorial works disappear, or cinema, which did not replace theatre, NFTs must be considered as an additional element in the panorama of artistic expression.

Be that as it may, the future of this mode of artistic expression remains dependent on a technology that is still poorly understood by many collectors. If its emergence has caused a lot of ink to flow by the speculative enthusiasm it has aroused, there is still a long way to go for this movement to convince purists who seek to acquire works of art on aesthetic and/or emotional criteria. 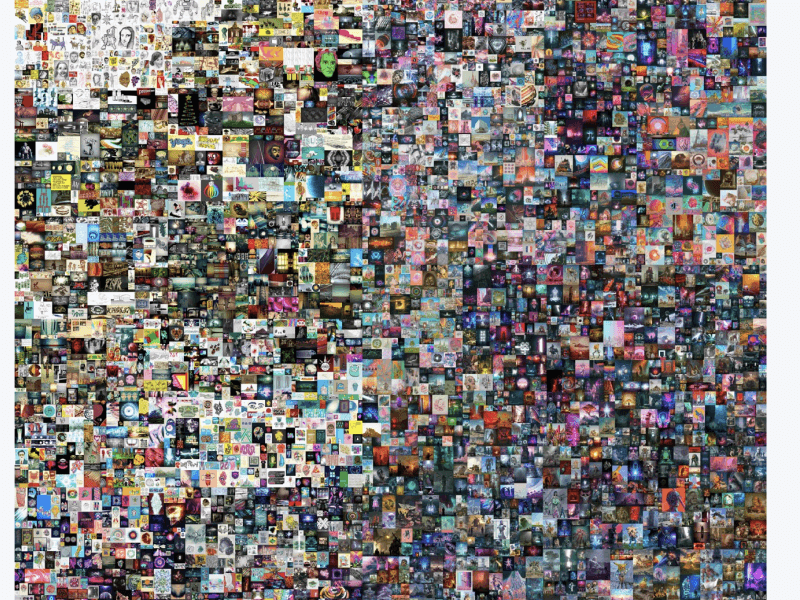 The 2022 season promises to be exciting

Changes in the configuration of the art market and its digital transformation seem to have enabled the art world to take the step towards globalised competition.

Art dealers will have the difficult task of extending their vision to consolidate or improve their position.

Collectors will have to reckon with an opening of the market which logically risks pushing prices to higher dimensions.

Emerging artists have the opportunity to take advantage of greater independence to impose their style and reach collectors directly.

How will these movements initiated in response to the 2020 health crisis behave in a context of generalised inflation aggravated by the conflict raging in Eastern Europe?

We will not fail to follow the evolution of the art market in the months and years to come, and will continue to provide collectors with the best solutions for storing and securing their collection.

5 emerging artists praised by the art market in 2022

As a result, we have identified a series of young emerging artists who have captured the attention of important galleries…

On 28 and 29 September 2022, Fortius is proud to participate in the inaugural WAF conference…

The 5 markers for pricing an artwork

Voir les autres articles
See other articles
We use cookies to ensure you get the best experience on our site. If you continue to use it, we will consider that you accept the use of cookies.
I agree
Manage consent